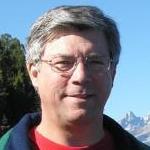 So, just after taking down the science experiments and pictures of the MAS Apollo 11 Lunar Module and landing site mock-up for the 50th anniversary celebration last night (including bringing in my less-than-faithfully reproduced mock-up of the TV camera), I see this new YouTube video posted today:

The YouTube channel "CuriousMarc" started with getting an Apollo Guidance Computer restored and running a couple years ago for the 50th anniversary of Apollo 11. More recently, they have been resurrecting the equipment for the microwave communications link which transmitted telemetry, voice and television between the CM and LM and Earth.

In the video just posted today, they provide a history of the black and white camera used on the surface of the Moon during Apollo 11, moving on to the newer color cameras used in the later missions. They provide some explanation of exactly how (and why) Alan Bean broke the camera by pointing it at the sun (trying to be a good photographer and framing the Earth behind the ladder of the LM) during Apollo 12. They then go through the technical upgrades as NASA and their contractors improve the video signal from one mission to the next.

Re: How NASA went from B&W to Color TV from the Moon