This is the discussion forum for the Beginners Special Interest Group. Whether you just learned how to spell t-e-l-e-s-c-o-p-e or have years of observing experience you're welcome!

I've been looking at Mars most evenings lately, as it rises earlier and earlier in the evening. I can't really make out any features; it just looks like an orange ball, but the view should improve as we get closer to opposition in December. I gather that this year's opposition will not be as good as 2018 or 2020, but what is reasonable to see with a small telescope? Are the polar ice caps visible? Are there other features I should look for?
Top

You don't say what the aperture of your telescope is, but ice caps (or just the one that is biggest at the moment) are typically visible. Usually some darker features like Syrtis Major. You do need some good seeing and lack of dust storms on Mars. You can use Sky and Telescope's Mars profiler to help identify features.
https://skyandtelescope.org/wp-content/ ... /mars.html
Deane Clark
Eagle Lake Observatory Committee
------------------------
I can quit any time I want. I just don't want to.
www.aponon.org
Top

I have some higher power eyepieces, (5mm, 6.1mm) but unless the seeing is really good I don't use them.
Top

I'd recommend using whichever scope has the better optics but all other things being equal the 6" should be better than the 4.5" most nights. I typically use an 8" dob on Mars but can usually see a difference between that and a smaller scope.

As Deane mentions, medium power (~100x) is a good place to start. If the seeing is good enough I usually run up around 175x. On a really good night, I'll push it to 250x with the 8". Also you want Mars to be high in the sky for the best view. Most nights that means at least 20 degrees up and preferably 30 or more. While Mars is smaller than the last couple of oppositions, it'll make up for it by being much much higher in the sky this year.

Mars rotates just a little slower than Earth so if you observe Mars at the same time every day the planet will have rotated just a little less so everything visible will effectively shift to the right (in an inverted Newtonian scope). It takes a bit more than a month for Mars to show the same side at the same time again.

The surface features of Mars can vary greatly in visibility in small scopes. If the seeing is any good at all, the Syrtis Major area is pretty easy to see and interesting to observe. However, if Tharsis is centered, there is much less visible in a small scope unless the seeing is very good and you're able to use higher power.

As usual, Bob King has us covered with his excellent article from the last opposition.
https://skyandtelescope.org/astronomy-n ... ntil-2035/
Don Gazdik
Top 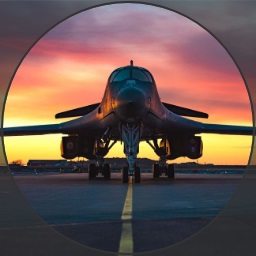 Usually just ice caps and maybe some definition 'shading' between high/low lands visually. With a small scope it's usually just orange. Depending on the 'zoom' you were using and the seeing conditions (astropherics is a great app, free; clearskies chart is a great website too) that can vary too.
Chris
10u Astrophotography Group
Top

I've been looking the last few nights, and I can make out some definite shading, which I believe is Syrtis Major. I was using the 6" most nights, but I had the 4.5" out tonight, as I was moving it around looking at the moon, Saturn, and Jupiter, too. I just came in from observing Mars--seeing was good tonight--I could push it to 180X and was rewarded. Of course, I have to get up and go to work tomorrow, so maybe not the smartest decision.
Top

Observing is always a good decision

We were looking at Mars in the 8” TMB at ELO Saturday night. It was my first view of this opposition season. The seeing was ok to decent, but Mars was still at fairly low elevation. At 180x you could see lighter orange areas and dark markings, but it was hard to describe any shapes. There were also bright regions around the limb, but it wasn’t clear enough to say for sure which might be polar cap(s) and/or polar or morning haze. But I’m pretty sure I could tell where the caps should be and detect the limb that is still in shadow. An unfiltered view was dazzling and looked more unsteady than the view with an 80A blue filter. That steadied it up, but didn’t help me identify markings. It doesn’t help that the 8” is currently out of collimation (although Saturn looked amazing).

I was up this morning at 5, and that is a great time to view mars right now, it is straight overhead. I setup my scope the night before, and it was a pleasant way to star the day, and the viewing conditions can be a better after the atmosphere has had a chance to cool off and settle down over night.

Well, after over a week of cloudy skies, I've been able to observe the past few nights. I'm off work this week, too, which helps. Transparency was ok but seeing has been good until it clouds over.

Still not making out the poles, but can see light and dark patches.
Biggest problem is staying warm, and last night frost on my telescope...
Top

Remember, there will be a special Mars Opposition star party at ELO on Saturday December 3rd if it’s not clouded out.
Deane Clark
Eagle Lake Observatory Committee
------------------------
I can quit any time I want. I just don't want to.
www.aponon.org
Top

I noticed there wasn't much for polar caps too. In looking at the orientation of Mars being nearly "vertical" I wouldn't expect to see as much of a cap. 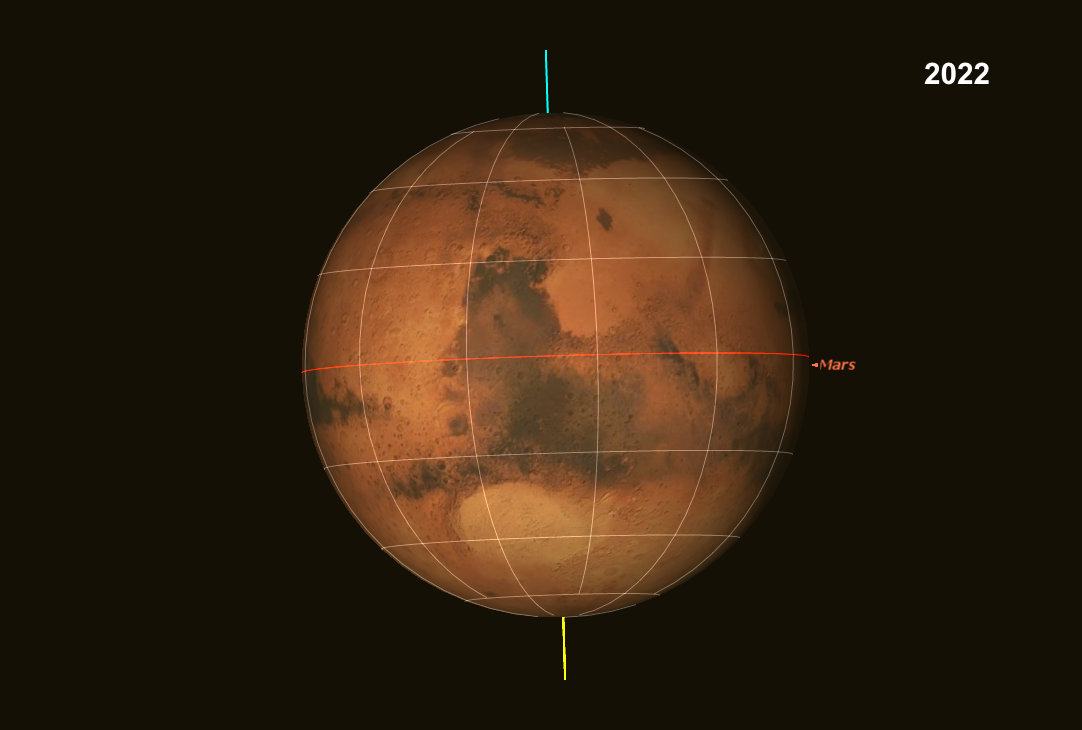 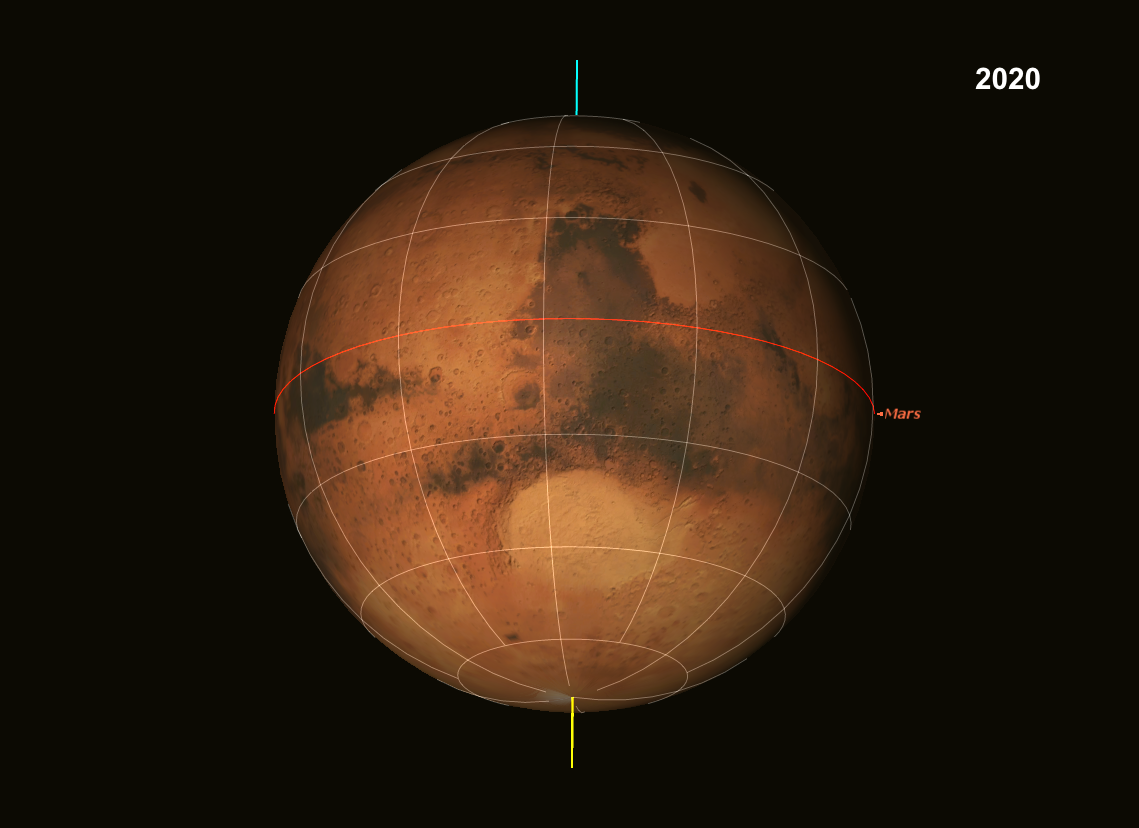 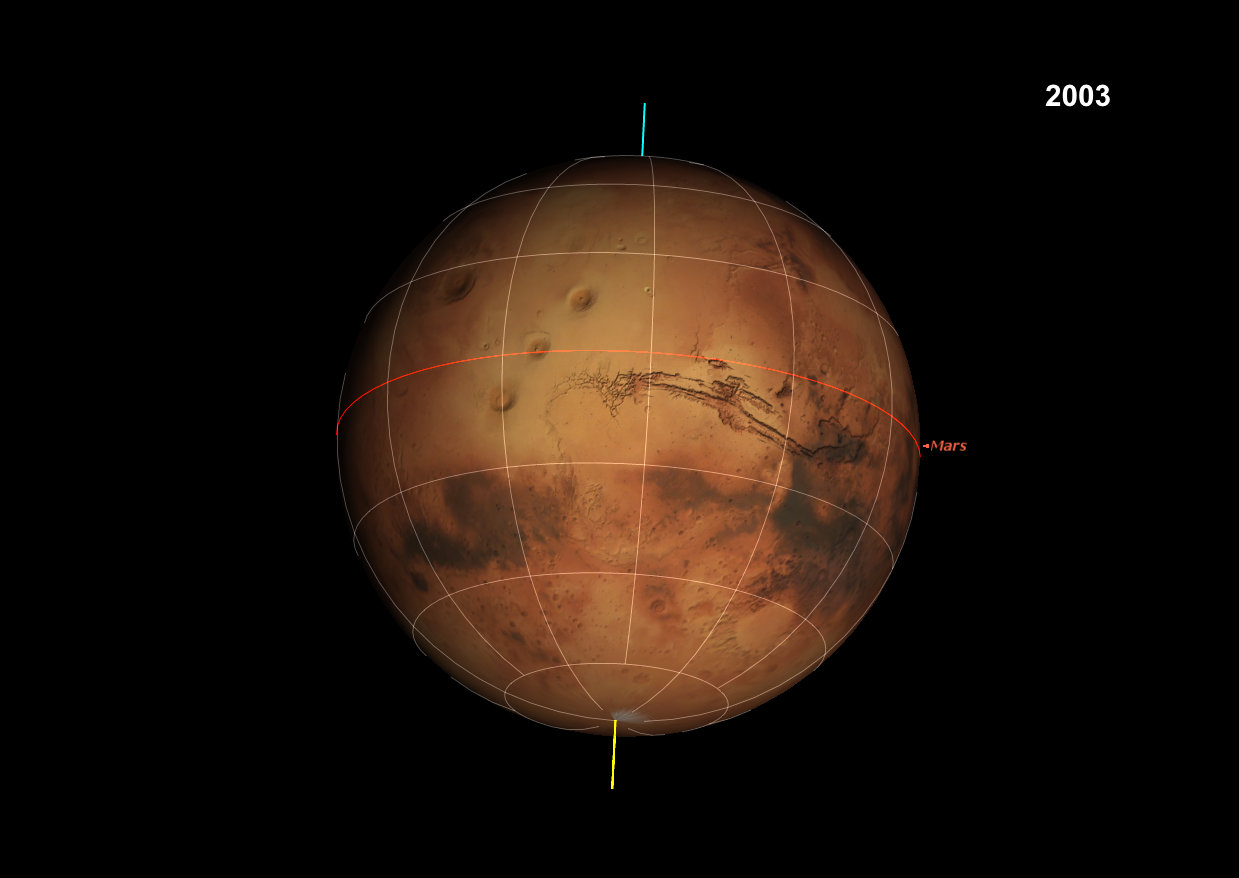 There have been many fantastic images of Mars posted online in recent weeks. This may be the best I've seen so far. It's by Jean-Paul Oger in France. He used a Mewlon 250. 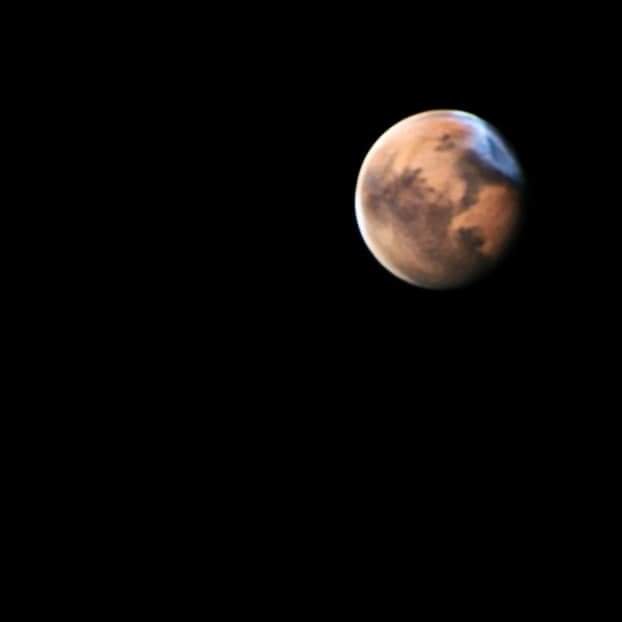 Occultation tonight with the full moon. Should be clear, too.
See viewtopic.php?p=65471#p65471
Top

Moon and Mars with an iPhone: 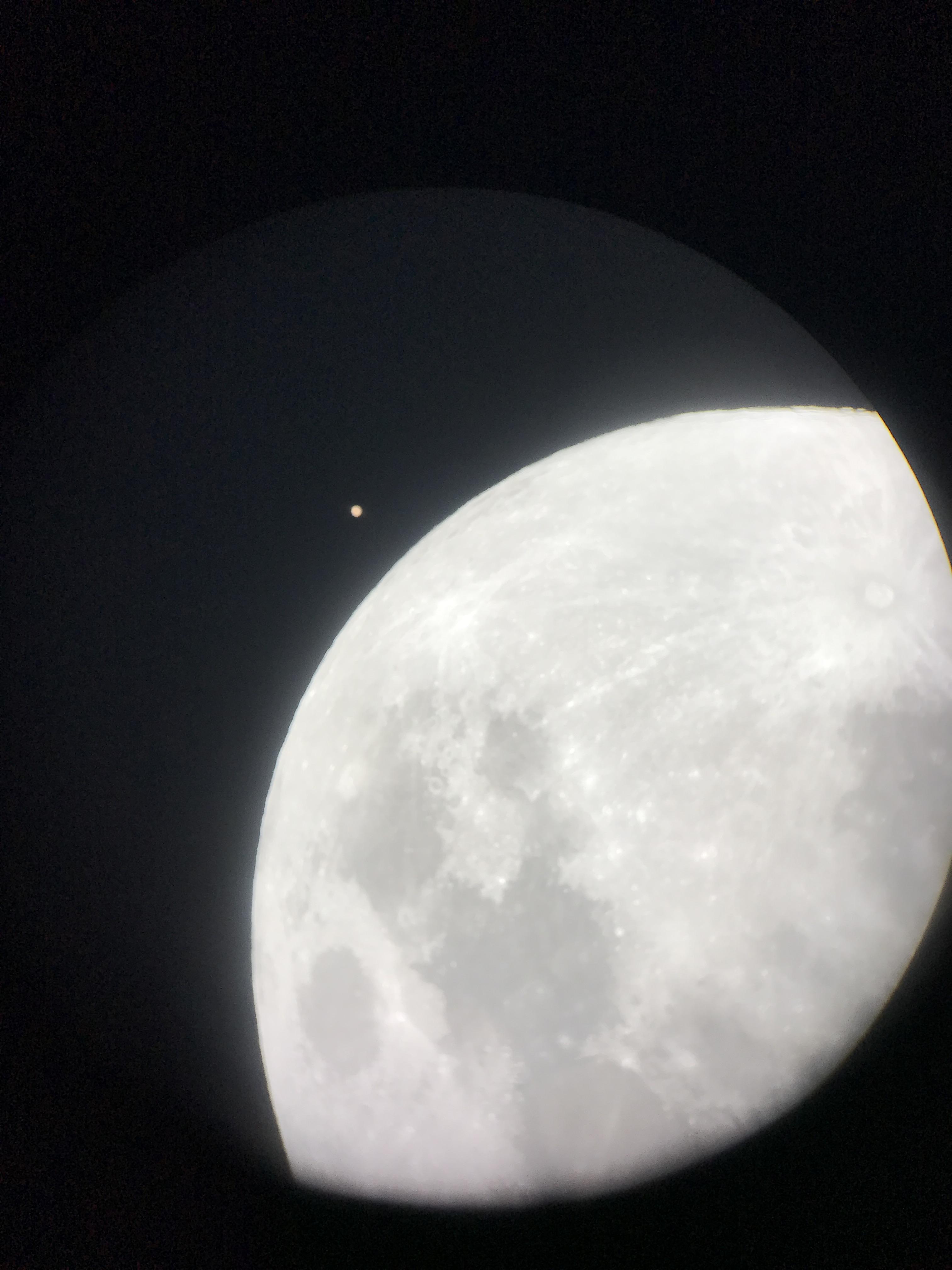 That came out nice